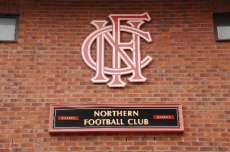 Northern Squash Club is located in Gosforth at the site of Northern Rugby Football club.

The club has four recently refurbished squash courts with one glass-backed court and plenty of viewing areas. There is an excellent bar in the club house and function rooms. Axis fitness has a gym at the club and discount memberships are available to squash club members. There is also plenty of parking at the club.

From serious (and not so serious) team squash to not being able to play for toffee, Northern can cater for your needs. The sections below provide more detail on squash at Northern.

Northern Squash Club is one of the larger clubs in Newcastle with 6 mens teams, 3 ladies teams and 2 junior teams. It also has a production line of juniors coming through thanks to the efforts of our club's junior coaching programme.

Northern boasts 6 men's teams, 3 ladies' teams and 2 junior teams. The standard ranges from the top to the bottom of the Northumberland leagues, so Northern caters for established and aspring team players. The teams have their ups and downs, but there are generally more ups (division wins and promotions) than downs. Have a look at the Team Squash page to see how the teams are doing and forthcoming fixtures.

If you are interested in playing in the teams speak to Clive Lucas, Richard Vitty, Dave North or Derek Collins.

Recreational squash thrives at Northern. We have several internal leagues catering for team standard to total beginner. League information is on the noticeboard on the squash club balcony. There is a list for members who want to join the leagues. If you are unsure as to what level you are, Derek Collins, one of the coaches and ever-present at the club will be happy to advise.

You don't have to join the internal leagues to play, although we think this is the best way to meet other members and play a variety of other members. Courts are bookable for 40 minute sessions regardless of whether it is internal league squash or not.

Coaching is available as well to individuals, again for all levels.

If you have that competitive streak and want some help improving, we have a number of coaches who can help give you that edge.

We are located in Northern Gosforth, easily accessible from Newcastle and the A1 north and south.

By car: Head out of Newcastle city centre by the A167. Take the exit for Great North Road Gosforth. Continue through Gosforth on the Great North Road. After passing the Regent Centre, Asda and the Shell Petrol station, U-turn at the roundabout then 30m on left turn into entrance to McCracken Park.

By Metro: Alight at Regent Centre. Take the bus North and alight at McCracken Park (the stop after the Shell petrol station). We are on the west side of the Great North Road.

From A1 North and South

Take the A1 to junction with A1056, travel south along Great North Road and the at first roundabout travel straight across, then 30m on left turn into entrance to McCracken Park. 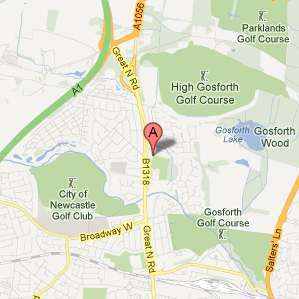 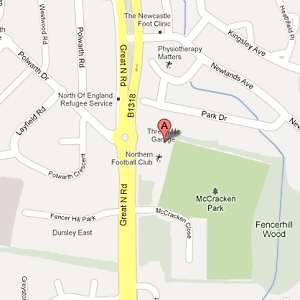