Today Northern had it's latest junior school squash festival. Central middle school brought 32 seven year olds to the club, with four boys and four girls from each of their four year five classes. There were 48 matches played during the afternoon and it turned out to be incredibly close with 5 WS and 5 BS both getting 15 wins each! 5 BS took this year`s title by virtue of beating 5WS in their head to head match. The school will be hoping that some more superstars can be found from this programme to keep up there record of winning to national schools titles in consecutive years. 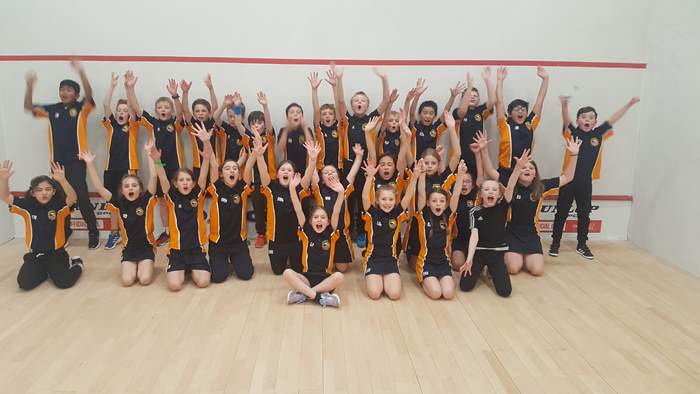